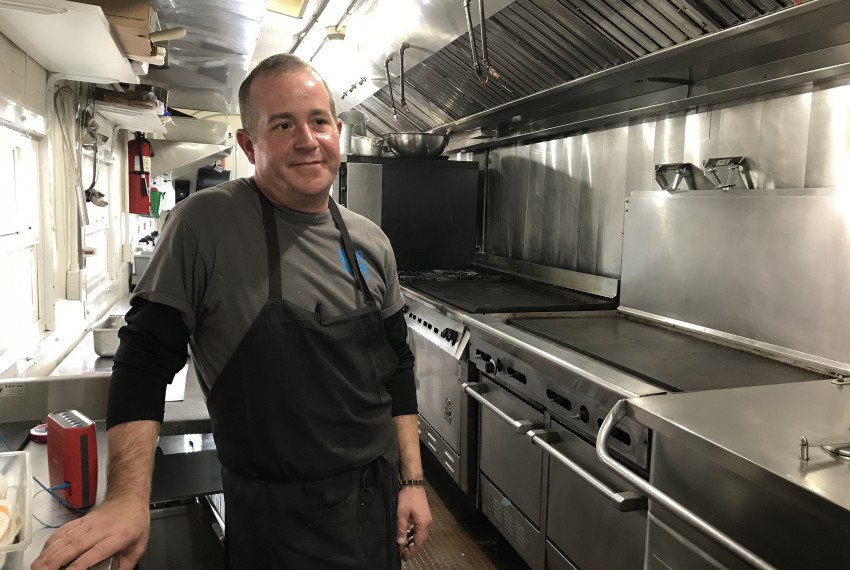 The smell of baking bread is irresistible as head chef Kris Walker shows a group of visitors the trailer he and his team have been working out of for the past year. The tiny trailer is steamy from hours of food preparation, and cramped with only five people in it. Yet somehow this is where Walker and his team have been able to prepare three healthy meals a day from scratch for more than 300 kids for the past year.

The trailer is a temporary bump in the success that is the Kids Unlimited Academy (KUA) in Medford, Oregon. A major expansion of the school is underway that will bring with it a kitchen five times the size of the one Walker had been using previously, along with an updated cafeteria space and additional classrooms.

Kids Unlimited Academy has been around since 2013. It grew out of a successful afterschool program that provided educational opportunities to kids who might otherwise not have access to such programs. These were kids of color, kids of poverty, kids who were vulnerable for various reasons and on a path to drop out of school. Today, KUA serves more than 300 kids in kindergarten through sixth grade. Almost all live below the federal poverty line, 80 percent are Latino and almost half do not speak English in the home. The school is located in the most distressed neighborhood in the Medford area.

Following the first full year of operations, Executive Director, and driving force behind KUA, Tom Cole, realized most of the food these kids were consuming each day was coming from the school.

“If we’re really going to try to change their lives, we need to realize we are their primary source of nourishment,” said Cole. “When these kids are with you ten hours a day, 40 weeks a year, plus eight weeks during the summer, we have a responsibility to give them access to fresh food and put them on the course to eating better.”

Enter Walker, who had been volunteering at the school. He jumped at the chance to overhaul their food program. They already had a kitchen, but Walker realized the corporate food services company that ran the food program didn’t use much of the equipment. They mainly served pre-made food from giant warming drawers. While the food may have met the federal school nutrition guidelines, KUA decided they were not OK with what was being served.

“I remember a breakfast corndog with a pack of syrup. And they served chicken nuggets and chicken patties day after day,” said Walker.

In a major leap of faith, they ditched the corporate food services provider. Walker and his small staff decided they would plan menus based on locally available fresh produce, cook almost everything from scratch and limit pre-packaged items to a bare minimum. It meant an entirely new way of thinking about food preparation.

That first year was eye-opening. Kids didn’t know what to do with baked chicken legs because they were accustomed to seeing chicken in the form of nuggets or fingers. Walker was asked by students why he was feeding them leaves when they served a spinach and strawberry salad, and how they were supposed to eat those “little trees” when they served asparagus. Staff realized many children had little experience with silverware. So much of today’s cheap food is meant to be eaten on the go, that some kids didn’t know how to eat with a fork and knife.

“We realized that there is a generation of kids who are growing up on processed foods and have no idea what real food looks like,” said Cole.

As the school became the conduit to exposing the kids to new foods, they felt a need to teach the students about where food comes from and how to prepare it. Nutrition is woven throughout the curriculum and culinary education classes are taught during the afterschool enrichment program. They created a student garden and green house. Younger grades have hydroponic towers in their classrooms so kids can see the daily changes in the vegetables they plant and tend. Food the kids grow is used in their school meals and afterschool culinary education classes. They developed relationships with local farms where students go to learn about the food system, and where the school buys much of its produce.

Overall, the kids have been excited about the food they get at school. Walker has watched the palates of the older kids who have been with the school since the beginning change. They are more willing to try new foods. The younger kids are good about tasting it, but it sometime takes several offerings before they are ready to eat much of it.

Once the new kitchen is complete, Walker and his team will be able to do more to help introduce new foods, like taking items around to classrooms, offering samples in the morning of food that will be served later in the day, and displaying printed pieces that help kids learn about the foods they are eating.

Current KUA principal Jani Hale sees a sense of engagement between the food staff and the students that she hasn’t seen in previous schools. She sees them take ownership of the food they are providing the kids and really respond to how the food is received.  Her first experience with the school was seeing kids taking basil that they had grown and blending it into a pesto that was to be used for lunch that day.

“The best part of this whole school is what happening in the kitchen,” she said.

This change hasn’t come easy and it certainly hasn’t been free. KUA is funded at eighty percent, so they have to make up the difference with grants, donations and fundraisers. They have to be creative in the food they order. It sometimes means more prep work in the kitchen, but the entire KUA team thinks it’s worth it.

“You gotta have guts to do this every day,” said Walker. “And a dedicated staff that believe in what you are doing.”

Cole believes it is possible for other schools to follow suit, but knows it will take a major systems change. Most school kitchens would need to be updated in order to prepare fresh foods and nutrition would have to be seen as a priority.

But Principal Hale sees the potential. “If we can do this here, feed all of our kids with healthy food every day, then why can’t other schools?” 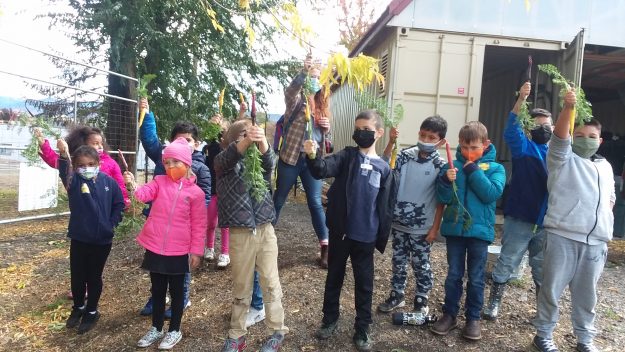 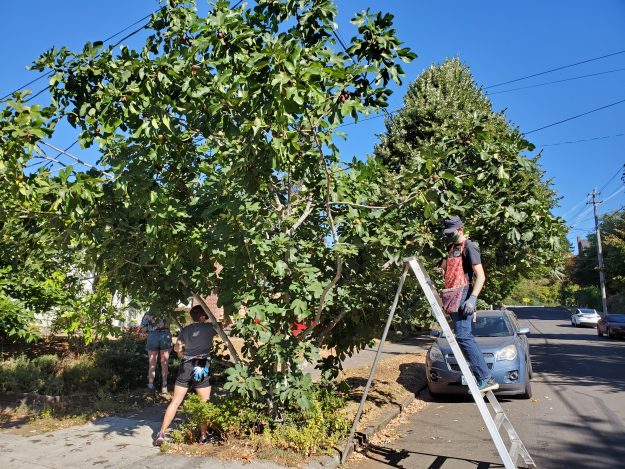 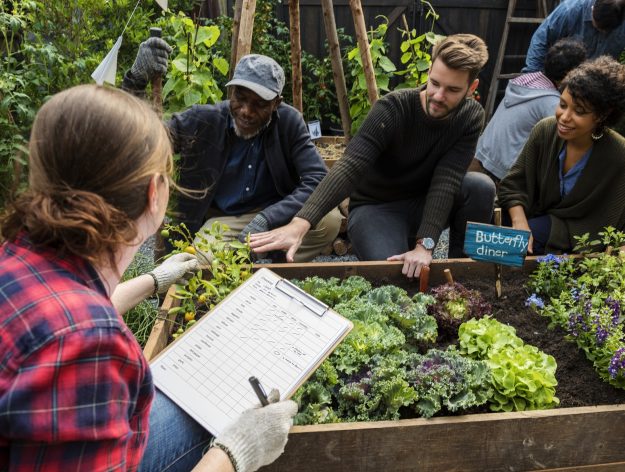